A Friendly meditation on gender 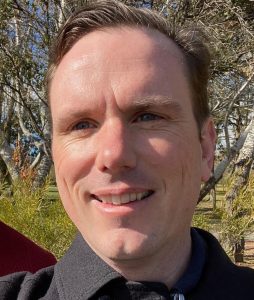 Consider the lilies of the field, how they grow; they neither toil nor spin, yet I tell you, even Solomon in all his glory was not clothed like one of these.

When we set out on a spiritual path, many of us hope to become something closer to our true selves. Often this is not a journey of discovery of an unknown inner self but more an unravelling of outer layers; layers of identity taken on (or imposed on us) as we grew from innocence into the complexity of adulthood. A layer could be as superficial as our taste in clothing, our demeanour, and ways of speaking and interacting, or as fundamental as the very ways we perceive, and wish to be perceived by, the world.

In recent years, I have become increasingly aware of the importance of gender identity as part of this process of self-understanding and expression. From the moment of birth, we all bear a gender identity. “Is it a boy or a girl?” is the first question often asked when a baby is born. Our assumed gender can be the first aspect of our identity made known to the world. Even before we receive a name, we are likely already being called “she” or “he”.

Often this assumption about gender is correct. In my case, most people assume I am male and refer to me as “he” without asking, and it doesn’t bother me—though I have serious misgivings about aspects of masculinity in Australian culture. But what happens when the assumption is wrong? Assumption of another’s gender identity can be a layer that hides, or even stifles, the real person beneath. In some cases, it can be a cause for enduring and significant distress.

Coming out is a spiritual act

“Coming out” describes a person disclosing their sexual orientation or their gender identity to another. My experience as a gay man is that it is not so much a “coming out”, but a “letting in”. Until I first came out, I had never revealed or allowed any expression of this one fundamental aspect of my being. I had shut out the world from a part of myself. One day, after many years of distress, I had had enough and chose to let my family, friends and community in, no matter the consequences. I was lucky that I felt reasonably safe doing this, but I have never felt so vulnerable before or since.

While it can involve a new way of presenting to the world, coming out is not about assuming a new identity. It is a laying down of an assumed identity. Coming out is consciously holding your true self in the light, and it can be a profoundly spiritual act.

I sense that the coming out experience for transgender and non-binary people can be similar. However, the risks can be higher as coming out can be profoundly visible to complete strangers, as well as those we know. It can—in some cases—involve medical treatments such as hormone therapy or gender confirmation surgery, leading to profound physical and emotional changes.

But aren’t we all genderless in the Spirit?

I have struggled a little with this question. Inwardly, I feel neither male nor female. When I am in silent contemplation, the question of gender does not come up. Alone, or when grounded in Meeting for Worship, I am as spiritually naked as a lily of the field.

But with other people in social settings, my identity is always with me. Different aspects come to the fore at different times, but gender always seems to be there.

I don’t see this as incompatible with Paul’s advice in Galatians. Humans are social beings and we have evolved complex ways of being in community, whether consciously or not. While we live and breathe around others, we cannot completely lay down all aspects of our identity and become pure abstraction—identity is not so much the foundation of our being but an unavoidable consequence of it. Gender is a profound part of that.

So, what of pronouns? Pronouns can be many people’s first introduction to questions of gender identity. Increasingly we are being called to question the assumptions we make in the pronouns we use for people. Is it appropriate to assume at all?

Pronouns might seem like a trivial matter, but Quakers and pronouns have a history. For centuries Friends stuck to the obsolescent familiar pronouns “thou” and “thee” as part of our testimonies to equality and simplicity. George Fox wrote a whole book about it. Friends only let it go when the witness became meaningless and the old honorific distinction between “thou” and “you” forgotten

But there is a new pronoun emerging or, perhaps I should say, a venerable old pronoun is resurfacing. Using “they” to refer a specific, known individual can feel strange to those of us whose schooling in grammar was influenced by the pronouncements of stuffy 18th and 19th century grammarians more concerned with Latin than English. However, the singular “they” has been around since Middle English at least, and examples can be found in Chaucer and Shakespeare. My favourite historic usage is Virginia Woolf’s use of the pronoun for the character Orlando in their moment of transition from male to female—that was in 1928.

I feel strongly that we should, out of respect, always use the pronouns that reflect who a person truly is when we know them, and quickly correct ourselves where we slip up. But there is perhaps a more profound question here; I am beginning to wonder if the use of the singular “they” for people whose pronoun we do not know could become an expression of Quakers’ testimony to equality.

Towards a Quaker view of gender

Friends generally feel called to bear witness to Integrity. It is often listed among our named testimonies. What guidance can our faith and practice offer about the spiritual aspects of coming out as, and simply being, transgender or non-binary? Perhaps not a lot if we restrict ourselves to looking backwards to historic writings, but Friends are well-placed to listen for and discern the unwritten gospel.

When sexual orientation and sexuality generally were considered as part of the ground-breaking essay “Towards a Quaker View of Sex” back in 1963, the progressive “group of Friends” who wrote it did not have the benefit of the nearly 60 years of scholarship and open discussion that has happened since. While the terminology used has been superseded, transgender and non-binary people, as well as intersex people, were considered sympathetically…but not deeply and, by modern standards, not satisfactorily. The Religious Society of Friends has work to do to move towards a Quaker view of gender.

Though small in numbers, the Society is blessed as a spiritual community to have a richness of gender diversity. I hope that the entire community of Quakers in Australian can be open to the ministry offered by the lives and experiences of gender diverse Friends, and that meetings and other gatherings become places where all feel safe to share such ministry. I also hope that the Quaker way can grow to offer full and meaningful spiritual support, comfort and (if desired) guidance to those seeking to transition or come out.

I wish to acknowledge the support of Friends and friends who reviewed drafts of this article and offered their insightful thoughts.