The Power of Witness 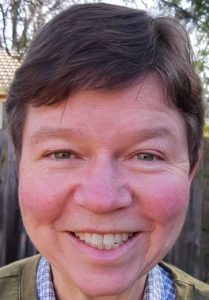 It was about twelve years ago when I heard an interview on the radio by Margaret Throsby which changed my life.  I can’t remember the details but the spirit of the interview is still clear and still with me. The interviewee was an elderly woman in her eighties and the story concerned her younger life as a psychiatrist, working in her twenties.  I can’t remember her name.  She qualified just at the end of the second world war and she lived in America.  As the stories started to trickle through about the survivors of the concentration camps in Germany, she started to feel a pull.  She knew she must go and work there with the survivors.  It was not a choice, she had to go. The interviewer asked if she believed she was being called by God.  The woman said “no”.  She did not believe in a higher power.  She could not explain what it was that drove her to do the work she “had” to do. We listened with fascination and horror to some of the stories which came from the survivors she helped.  The trauma was profound.  You couldn’t actually imagine anything worse.  It was the ultimate in human cruelty. After a time, the interviewer asked the question we all wanted to know the answer to.  How on earth do you assist in the healing of a person who has experienced psychic and physical injuries as deep and intentional as these?  We listened intently for the woman’s answer. She said that trauma as deep and as profound as this can be healed with much time.  And listening.  And companioning.  Over the course of her practice she saw many hundreds of survivors and the process was always the same. She would see the survivor three or four times a week and just listen to them, maintaining eye contact, as they related their story.  She would nod sometimes or say a word or two but it was mainly the listening she provided. Then, in each person’s story, there would come a time when the person would start to keen.  She knew when this time was approaching.  She asked the survivor to sit on the floor, cross legged if they could.  She sat opposite them, also cross legged.  She would hold out her hands to the survivor and the survivor always took them.  Slowly, rhythmically, they would rock backwards and forwards together as the survivor keened.  Sometimes, she would join in with the keening.  This was a natural response for her (the psychiatrist) and helped with her healing.  They would do this together as many times as it took.  Gradually, this would diminish. I sat there with tears streaming down my face, as I imagine every other listener was doing.  For a few, long moments there was silence.  This is called “dead air” on the radio and is a big taboo, especially for a professional ABC broadcasting station.  But we all knew the reason.  Margaret was sitting there opposite the interviewee with tears streaming down her face, too. After a little while, the woman started to talk about something else a little lighter and then Margaret came back on air.  To her great credit, she said she had needed some time to regather herself as she was weeping.  If we didn’t respect Margaret before, we certainly did now. What this unexpected interview taught me was the value of listening, just listening.  Also, the value of companioning.  Sometimes, the greatest gift we can offer is simply to be present and to be a witness to another soul’s suffering.