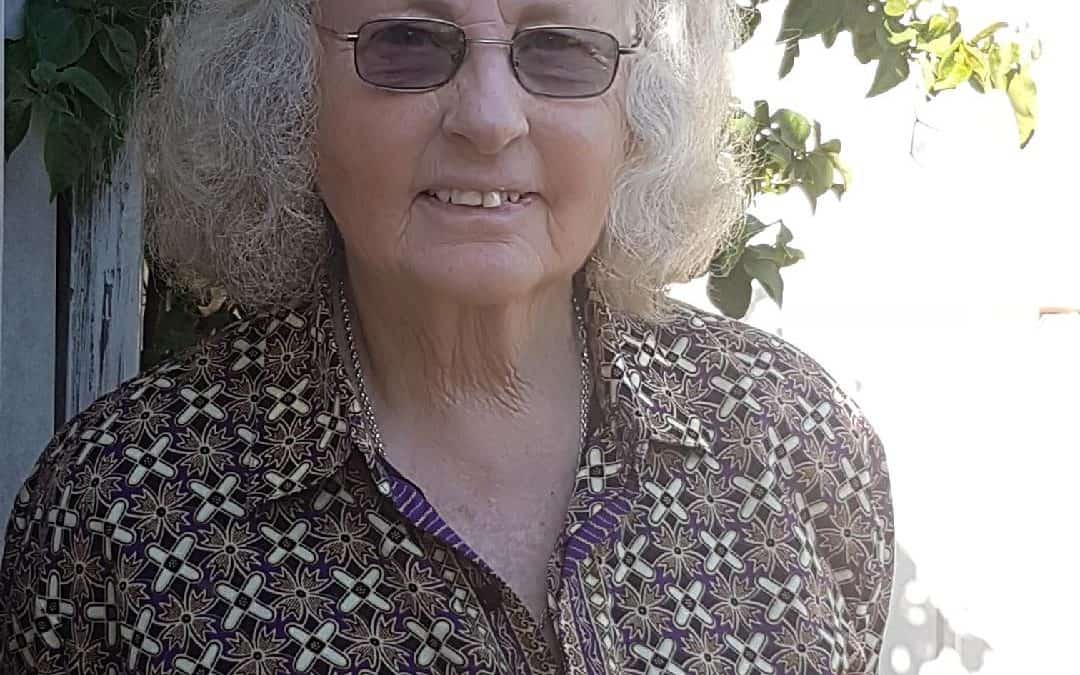 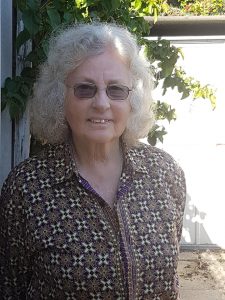 Jo comes from a conservative farming background in the Western Australian wheat belt and attended a Catholic boarding school, but her outlook on life changed when she took up a career as a teacher and did some travelling. Seeking another religious tradition led her to Mount Lawley Friends’ Meeting House in Perth in 1972 and here she encountered a group of inspiring elders, particularly Nancy Wilkinson and Cyril Gare. The silence of Meeting for Worship was a contrast to her Catholic upbringing, and she reveled in it.

She also met her partner, Peter Fry, a great-great-great grandson of Elizabeth Fry, although the family were no longer connected with Quakers. Together they had two children, Katie and Samantha, and Jo became involved with activist groups like OXFAM, the Aboriginal Treaty Support Group, the Council for Civil Liberties and the Campaign to Save Native Forests as well as the emerging nuclear disarmament movement. With other Quakers, she took part in their monthly vigil for disarmament in the city centre and it was this commitment that led her to stand as a candidate for the Nuclear Disarmament Party in the December 1984 Federal Election.

It was while attending Yearly Meeting in Canberra early next year that the news came through that she had been elected and so took her seat in Canberra the following July, describing herself as “the accidental Senator.” An exhausting seven years followed, including three elections, and time in gaol for what she considered to be acts of holy disobedience directed against the nuclear war machine. In the 1990 Backhouse Lecture she described her time in Parliament as a “Quaker in politics.”

Her time in the Senate saw the establishment of ATSIC (Aboriginal and Torres Strait Islander Commission) when Gerry Hand was Labor Minister for Aboriginal Affairs and during which time she took advice from Rob Riley, an astute and passionate Noongar advocate who worked for the Minister. Sadly, Rob Riley died not long after the Bringing Them Home report was published – a tragedy exemplifying the ongoing struggle of Aboriginal people to be heard and respected in their own country. Whenever the opportunity arose in the Senate, Jo advocated for justice for the oldest living culture on the planet, including welcoming the 1985 McLelland Royal Commission findings into the British nuclear testing in the fifties and sixties around Maralinga, Emu Plains and the Monte Bello Islands.

Her Quaker witness tied in closely with the work of Joanna Macy, a Buddhist theologian and anti-nuclear activist, who had been organising workshops in Deep Ecology, including one that Jo attended in Western Australia. This inspired her to develop the idea of a 55-day pilgrimage around Australia taking Chernobyl survivors to meet with indigenous communities suffering from the nuclear industry, either as a result of the British nuclear tests or the uranium mining industry. This journey visited Martu country in the Pilbara, the Oobagomma mob in the Kimberleys, the Mirrar in Kakadu, the Doomagee community in Queensland among others, and met with uranium miners, taking the strong message about the risks of messing with radioactive contamination to the cities as well.

The Wakatjurra Walkabout made a significant contribution to community understanding of indigenous issues. Walking on country with indigenous people objecting to proposed uranium mines, mostly in the Eastern goldfields on WA, sharing stories beside the campfires each night for weeks on end, was a great privilege. One amazing day, when the whitefella mob was given instructions about cutting across country to reach the camp, but without a local guide (which was unusual), the group got a tad bushed, but were told after rescue, that they’d been on country probably never walked on by whitefellas before.

And there is not a single operating uranium mine in WA today, but still some tragic hopefuls out there spruiking the “benefits” of the nuclear industry!

Her interest in indigenous issues in fact went back to a time before she entered the Senate as she had watched Aboriginal shearers at work on her family farm and then, after a Community Aid Abroad project in 1979, she had joined up with a couple of friends to set up an Aboriginal Treaty Support Group in WA, inviting Nugget Coombs to address a gathering in Perth in the early eighties. (He was a former Reserve Bank governor and longtime advocate for Aboriginal Rights, along with poet Judith Wright, who Jo was honoured to meet a little later.)

As a Quaker she’d also been inspired by earlier Quakers’ involvement in this issue, like Charlotte Meacham, Barry Pittock and Susannah Brindle whose 2000 Backhouse Lecture very plainly stated that we need to re-set relationships with First Nation people “right way.” Jo often observed, that “without justice for Aboriginal people, we don’t deserve, and will never have, real peace in this country.”

Another inspiration in her life was hearing Steven Angell speak about the Alternatives to Violence Project at the FWCC gathering in Tokyo in 1985 so, having retired from the Senate in early 1992, she worked with other Quakers to bring AVP to Western Australia. They offered workshops in local prisons, which had the potential to transform the lives of inmates and reached out to thousands of prisoners over the years that followed.

In the Senate in 1987 she had raised her concern about global warming and the climate crisis so now she had the opportunity to work with other community groups to bring awareness about the possibilities of renewable energy as well as of the risks to intergenerational justice if the world did not take action. This led her involvement in Extinction Rebellion and creative forms of protests, like Joanna Macy’s Elm Dance, that puzzle the authorities trying to arrest them. Jo also initiated the “Welcome Both Ways” event at the Mount Lawley Friends’ Meeting House in 2017, as part of the AYM Earthcare Committee witness to supporting and engaging with First Nations people and despite many different “takes” on the Uluru Statement From the Heart, continues to lobby for its implementation.

Her concern for Nuclear Disarmament continued along with other Friends in developing support for the Treaty on the Prohibition of Nuclear Weapons which “came into force” in January this year so that work still continues.

Now Jo is a grandmother, she continues to draw on the quiet relief and stillness of Meeting for Worship, helping to recharge her spiritual energy, which she described in the ABC Compass programme on Quakers in 2003.