Book review: The Spy Who Tried to Stop a War 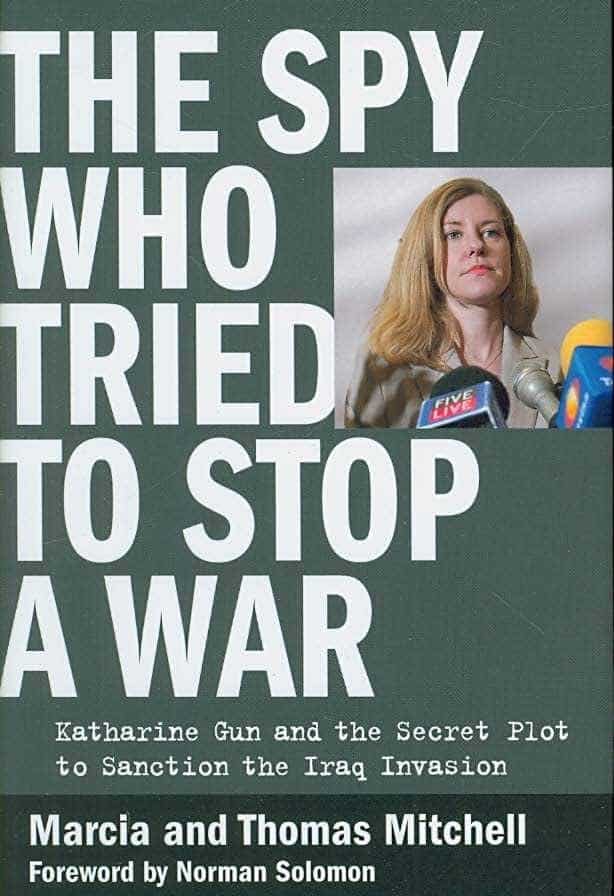 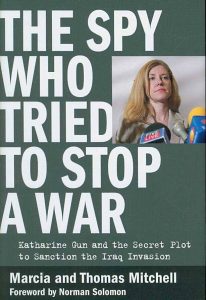 This book, by Marcia and Thomas Mitchell, tells the story of Katherine Gun, an employee of Government Communications Headquarters in the UK, who, in 2003, leaked a secret e-mail in the hope that it would prevent an illegal war. She achieved fame by saying “I only ever followed my conscience.” This book provides context.

The war was the second Iraq war. One of the main objectives of the war, led by George W Bush and Tony Blair, was regime change. That is not a legal basis for war according to international law, to which both the UK and the US are signatories. So they sought something else to legitimise the war viz., a resolution of support from the UN Security Council. Katherine Gun intercepted an e-mail from US Intelligence requesting that British Intelligence influence members of the Security Council to that end. She realised that the UK was being asked to join a conspiracy to legitimise an illegal war, so she leaked the e-mail to the Observer newspaper.

Government Communications HQ soon traced the source of the leak, and when it did, Katherine admitted everything. Immediately afterwards, she could feel her old life, which she loved, collapsing around her. She had violated the Official Secrets Act, which was a criminal offence. She was distraught. Her questioners were humane, even kind, as was Scotland Yard later. She needed support desperately, which she received from her loving husband and extended family.

Good fortune came in the form of Liberty, a human rights organisation, which expressed an interest in her case. It offered to conduct her defence pro bono, and did an excellent job. The Blair Government had sought the advice of the Attorney General on the legality of the war twice. The first time, the Attorney General submitted a lengthy statement arguing that an invasion would be against international law on three counts. Later, closer to the war, it gave another opinion which justified the war. When Katherine`s defence requested access to both opinions, the Crown dropped the case.

Katherine`s stand was moral, not religiously motivated. She grew up in Taiwan, where her parents were teachers, and she attended an American mission school, where, according to her father “she got a pretty strong indoctrination in the Christian ethic.”[p.111] Katherine described her parents as “liberal Intellectuals.” They asked her to justify her beliefs, which she got used to doing.

America and Britain had long considered The Middle East a sphere of influence. In 1953, the CIA and MI 6 orchestrated a coup against the democratically elected Prime Minister of Iran, Dr. Mohammad Mosaddegh, on the ground that he proposed to nationalise Iranian oil. He was executed in the aftermath of the coup. There followed a long period of intense rivalry between the UK and the US for influence in the Middle East. Right now, the place to watch is Iran, since America`s rhetoric about nuclear weapons there resembles its rhetoric before the second Iraq war.

Katherine Gun was twenty-eight when she broke the law. The book tells her story well.