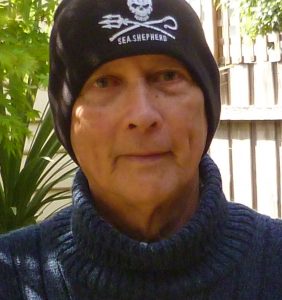 The greatest achievement of humanity is not its works of art, science or technology, but the recognition of its own dysfunction, its own madness.
A New Earth, Eckhart Tolle

Recent protests, expressing discontent with authorities worldwide, highlight the difficulties we humans find in exercising power. Members of religious groups have not been immune to this flaw. While paying lip service to the noble teachings of our founders, we continue to succumb to the allure of power. This has led to grave, if not catastrophic outcomes.

In the Beatitudes, Jesus proclaims a very different kind of power.  Blessed are the meek.  Blessed are the merciful.  Blessed are the pure in heart. Blessed are the peacemakers. Blessed are those persecuted for righteousness’ sake. These are the ones who will inherit God’s Kingdom. The apostle Paul reveals that three times in his life he pleaded with the Lord to release him from a nagging mystery ailment but the answer came, “My grace is sufficient for you, for power is made perfect in weakness” (2 Cor 12:7-9).  Showing the other cheek, walking the extra mile and offering one’s outer cloak as well as undergarment – all point to a caring use of power. The woman caught in adultery experienced how compassion proved more powerful than the letter of the Law. Early Quakers embedded this in their testimonies of simplicity, peace, integrity, justice and equality.

Darwin’s Theory of Evolution gives us an insight into this kind of power.  Having created the Universe, the Creator chose to share power with her beloved creation rather than dominate it.  In her book, Ask The Beasts[1], theologian Elizabeth Johnson writes, “As such unbounded love will do, the Spirit of God unleashes autonomy in the beloved rather than seeking to control the other by any other form of power-over, even if benevolently exercised.” She goes on to add, “…the creative Spirit of God desires free partnership, not subservience”. It is partnership between Creator and creatures “that moves with extravagant divine generosity to create conditions that have enabled the biodiverse community of life to become so interesting and beautiful”.

Quaker Pastor Philip Gulley, himself a survivor of abusive power, examines this issue in his book, If the Church Were Christian[2].  In an early encounter with an Elder who had clear designs on promoting herself, he recounts, “She bullied and intimidated the other Elders, manipulating the Quaker process of discernment to get her way”.  He warns that choosing to accommodate such behaviour for the sake of peace is far from harmless.  “Not only does abusive power harm the spiritual well-being of its targets, it has a detrimental effect on those who wield it. Hunger for power diminishes our capacity for appropriate humility, crippling our self-awareness, therefore making transformation all the more difficult and unlikely”.  So consuming can this lust for power be that the perpetrator loses all sense of proportion.  “I don’t care if only two people remain in the church.  We must do it!” is an instance he cites of this addictive behaviour. It is not uncommon for such people to jeopardise themselves and their work rather than see control slip away from them.

According to David Steindl-Rast, a Christian monk, the word “authority” was originally applied to those who possessed “a firm basis of knowing and acting”. As a consequence of this expertise, their power to command authority in their specialised fields was acknowledged and respected. Authoritarianism, on the contrary, is the abuse of this power. Elizabeth Johnson elaborates, “In controlling, manipulative, fearful, narcissistic and egocentric relations, one party seeks to gain advantage by bending the other to his or her own will.  The core integrity of the other is disrespected by ploys that tend to dominate.” The test of true leadership and authority, Steindl-Rast says, is the question, “Does it build others up or put them down?” In his book, Not in God’s Name: Confronting Religious Violence[3], Rabbi Jonathan Sacks states, “the answer to religious violence is probably to be found in religion itself, among those who understand that religion gains influence when it renounces power”.

Crucially, the way we exercise power to-day has vital consequences for the future of our Planet. The lockdown imposed on us by Covid-19 provides us with a timely opportunity to put our house in order, by redressing our misuse of power, which is considered the most likely source of this pandemic. “The more we become aggressive towards nature, the more we push into rich biodiversity and tropical forests, the more we put ourselves at risk”, writes Italian physicist and author, Paolo Giordano. The accelerated extinction of multiple animal species is forcing bacteria that lived in their guts for millennia to move elsewhere for survival. Humans devouring more wilderness for agriculture, mining and urban development are causing pathogens to be released that normally would remain in these areas.  A recent report from the World Health Organization supports this, concluding that “The seven drivers of zoonoses (diseases that can be transmitted to humans from animals), … are all anthropogenic, that is, the result of human action”.

As the newest species in the evolution of our planet, we humans still struggle to find the right balance in our relationships with one another. The paradox is that when we empower others, we empower ourselves. We have yet to grasp this truth. The onset of Covid-19 is a distress call for us to review our role as co-creators with the Creator of a Universe, where all creatures are meant to flourish. Snap back to business as usual is neither desirable nor likely. A new set of values and guidelines is crucial to getting us on track. This pandemic comes as a transforming moment for us to deal in the currency of grace rather than greed. It can throw a lifeline to both ourselves and the Planet. Change, says the Buddha, can happen “in the twinkling of an eye”. The desired transformation could well be forced upon us as quickly as the lockdown.

If the Church were Christian, it would be modelled on God’s vision of a fair go for all. We would see “that of God” in one another, including in all of creation. We would embrace our interdependence with the whole. As a single sacred community, we would behold a Universe charged with grandeur and mystery. In times of adversity, such as the present, we would acknowledge a greater wisdom at work, as Job did. Maintaining faith in a benevolent Creator, we would seek to discern a way forward in keeping with the values of a loving Father’s Household. We can take heart in the knowledge that transformation usually happens as a result of some unexpected event. We are experiencing such a moment now.

Some scholars suggest a more accurate translation of Matthew’s Gospel (5:48) is, “Be compassionate as your heavenly Father is compassionate”. For Phillip Gulley, a church that is Christian would radiate “compassion, compassion, compassion!” To most major religious traditions this is central. The Apostle Paul put it this way, “For you were called to freedom, brothers and sisters; only do not use your freedom as an opportunity for self-indulgence, but through love become slaves to one another” (Gal 5:13). True compassion results in an awareness of the common bond of mortality and immortality we all share. At this deep level, it brings healing in the widest sense.  The Body of Christ is an extended community where each of us plays a vital role in nurturing the well-being of all.

There is urgency in Gulley’s plea that “The sooner authoritarianism is challenged, the healthier the church will be”. So will the created Universe we inhabit. “Delaying appropriate challenges to abuses of power only serves to reinforce the validity of the abuser and his or her right to demean others”. We would do well to heed his warning which has greater relevance to-day than he may have envisaged. If our mindsets remain unchanged, we will end up recreating the same dysfunctional world. Darwin has demonstrated that when survival is threatened by seemingly insurmountable problems, a species will either die out or rise above its limitations through an evolutionary leap. Both the Old and New Testaments tell of a “new heaven and a new earth” arising out of the old. As co-creators, the choices we make determine the kind of world we manifest. Our hope rests in the belief that a loving Creator will want a blessed future for us all.

Trusting in a Creator who is faithful, theology dares to affirm that the living world with all its members is being drawn towards a blessed future, promised but unknown (Elizabeth Johnson).