Why Afghanistan is different 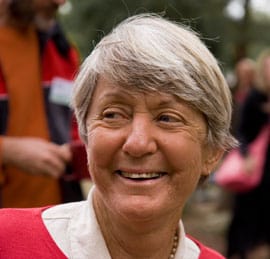 As Quakers we watch the events in Afghanistan from a slightly different perspective from most other religions and citizens. We are/want to be a people of Peace. It is our first testimony and most of us retain strong spiritual consciousness and attachment to it throughout our lives. It has, and is urging us, to greater witness for Peace in word, thought and action.

When Vietnam fell and the USA evacuated, the North Vietnamese occupied the south and immediately began to restore and rebuild their country.   The terrible civil war had created deep divisiveness in the country. The North accepted this and established camps – very uncomfortable camps, and sometimes distressing, but there was not the mass killing and torture that sometimes follows such a war and which the people of the south feared.

I taught classes with men and women who had fought on both sides. At first there was discomfort at being in the same room. Then as they intermingled, discussed how to restore homes and land better than before, they found common purpose, common values, and a future. By the end of the course everyone was sitting next to their “friend”, not their former enemy.

In the case of Afghanistan we, Quakers, have a special interest. Dale Hess, Martin Reusch, Donna Mulhearn, myself and others have gotten to know as friends, a group of young women and men, the Afghan Peace Volunteers. Non-Quakers involved include Mark Isaacs, author of A Peace House in Kabul, and Eunice Neves, a Portuguese permaculturist working for the Peace Volunteers in Portugal and doing the night work because we were on alert 24 hours a day for the first few weeks. Some of us have been privileged to visit Kabul many times. These young people are more tested than we are, having been born into and lived their lives in war and inter-tribal hatred. This group has put Peace into practice, they ran lessons for street children, employed women to make doonas for distribution to homeless women, made gardens, implemented permaculture, ran a food bank and other social projects including peaceful demonstrations against war and violence.

They worked equally with young women, and worked across traditional ethnic boundaries.

The last government did not really like them but they were tolerated.

Most of all, they knew and understood non-violence. They studied all the great thinkers and actors of non-violence which they internalised and tried to live it under stressful circumstances. Like us, they were often misunderstood or condemned. They probably went through all the phases of non-violence:  from a strategy, to rejection of violence, to absolute spiritual embrace of non-violence.

Some of us knew that Kabul would fall a week before it happened, while the Australian government was talking about having a month. Within that short period of time we started organising ways in which the APVs could escape the dangers of the impending chaos. Although we were able to arrange for placements in India, circumstances prevented the APVs from taking them up.

What happens now that Kabul has now fallen and Afghanistan is cut off?

We guess the challenge and reality is, as George Fox knew, that belief in and action for non-violence will not necessarily bring Peace, nor will it bring personal nor group safety, but once it is known and accepted one can do no other.  Some AVPs feel betrayed that their supporters have not and cannot assist them more; that foreign governments do not recognise their contribution to the former society and commitment to peace.

Today this group fears for their lives, and most are in hiding. The majority are Hazara Shi’a, a minority group that has already been singled out in the past and suffered severe violence from the Taliban.  Like Peace people everywhere they cannot change their deep convictions, and like Peace people everywhere during violence and war, they may suffer to the extent of losing their lives.

What would we do Friends in this situation, and, what is it our conscience asks of us now? What can we say to them?

AF editor’s note: I asked Rowe whether she had any photos to go with this article.  She replied:“Yes, but we’re not using photos at the moment in case people get identified. We’ve taken stuff off websites too. They are all in hiding.”

This is the real world, Friends.