The Kingdom of God Is Near? 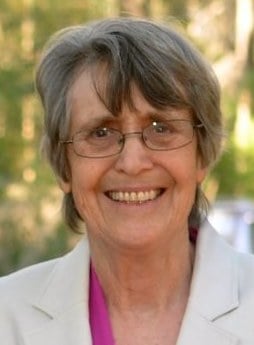 The Kingdom of God Is Near?

But what exactly did Jesus mean?  Is this kingdom an earthly kingdom, or a paradise which the deserving will inherit after death?  The evidence of the gospels is confusing, and especially as the Kingdom is sometimes called “the Kingdom of heaven”. The modern reader thinks of “heaven” as somewhere very far away.  Also, it is not easy to tell when one is hearing the original teaching of Jesus, and when one is hearing the teaching of the early church.

By the time the gospels reached their present form Jesus had been dead at least 30 years.  The Jewish revolt against the Romans had taken place, and the temple had been destroyed.  The church was waiting for Jesus to return “coming on the clouds of heaven with power and great glory”.   He was expected to reward the faithful and to punish the wicked.  If there had ever been a hope of a Kingdom of God on this earth, that hope had died.

But some of the teachings of Jesus suggest something quite different.  For example, there is this teaching from Matthew 13, 31: “The Kingdom of heaven is like this.  A man takes a mustard seed and plants it in the ground.  It is the smallest of all seeds, but when it grows up, it is the biggest of all plants.  It becomes a tree, so that birds come and make their nests in its branches.”   Here there is nothing dramatic or sudden, and no punishment of the wicked.

The parable of the yeast is similar.  “The kingdom of heaven is like this.  A woman takes some yeast and mixes it with a bag of flour until the whole batch of dough rises.”’

One of my favourite stories of the Kingdom is the story of the Workers in the Vineyard: “The Kingdom of heaven is like this.  Once there was a man who went out early in the morning to hire some men to work in his vineyard.  He agreed to pay them the regular wage, a silver coin a day, and sent them to work in his vineyard.  He went out again to the marketplace at nine o’clock and saw some men standing there doing nothing so he told them, ‘You also go and work in the vineyard, and I will pay you a fair wage.’  So they went.  Then at twelve o’clock he did the same thing.  It was nearly five o’clock when he went to the marketplace and saw some other men still standing there. ‘Why are you wasting the whole day here doing nothing?’ he asked them.  ‘No one has hired us,’ they answered.  ‘Well, then, you go and work in the vineyard.’ He told them.”

At the end of the day all the men receive the same wage.  This seems to be a very earthly story.  No-one thinks of heaven as a place where people stand around all day looking for work.  The story seems to be saying that in the perfect society everyone would have enough to live on.

In the Lord’s prayer, Christians throughout the world pray “Thy kingdom come, thy will be done on earth as it is in heaven.”  This seems to be a prayer for the kingdom of God on earth, why would one pray for God’s will to be done in the hereafter?

How do those who offer this prayer imagine the kingdom for which they are praying?  I think one of the key features of the Kingdom in the teaching of Jesus was equality.  This is seen in the parable of the workers in the vineyard.  It is also seen in Jesus’ attitude to children “Whoever does not receive the Kingdom of God like a child will never enter it.”  And it is seen in Jesus’ attitude to wealth.  Jesus teaches in Luke 6.20 “How happy are you poor.  The Kingdom of God is yours!” In Matthew’s version this has become “the poor in spirit”, but it is likely that Luke gives us the original.  There is much in the teaching of Jesus about the moral hazard of wealth.  “It is harder for a rich man to enter the kingdom of heaven than for a camel to go through the eye of a needle.”  There are many other aspects to this kingdom, but I think it is the equality which the powerful took exception to.

The apocalyptic passages come later in the gospels in Luke 17 and 21, and in Matthew 24. The passage in Luke is preceded by a verse which seems to contradict all that follows: “Some Pharisees asked Jesus when the Kingdom of God would come.  His answer was ‘The Kingdom of God does not come in such a way as to be seen.  No-one will say, ‘Look here it is!’ or ‘There it is!’; because the Kingdom of God is within you.” Jesus then talks about sudden catastrophic events such as the flood of Noah and the destruction of Sodom and Gomorrah. “On the day Lot left Sodom, fire and sulphur rained down from heaven and killed them all”.  A later passage talks about the destruction of Jerusalem.  “Terrible distress will come upon this land, and God’s punishment will fall on this people … People will faint from fear as they wait for what is coming over the whole earth, for the powers in space will be driven from their courses.  Then the Son of Man will appear, coming in a cloud with great power and glory.”

Similar accounts in Matthew are introduced by a story of Jesus visiting the temple.  “Jesus left and was going away from the Temple when his disciples came to him to call his attention to its buildings.  ‘Yes,’ He said, ‘you may well look at all these.  I tell you this:  not a single stone here will be let in its place; every one of them will be thrown down.’”

Here perhaps is the origin of the predictions of the destruction of the temple.  I don’t think Jesus had much respect for the temple or for the sacrificial system.  It is not part of his teaching.  The only reference to it seems to be in the story of the man who was cured of a skin disease.  Jesus tells him (Mark 1 44) “Go straight to the priest and let him examine you; then in order to prove to everyone that you are cured offer the sacrifice that Moses ordered.”  The sacrifice is to satisfy the people, not God.

Jesus drove the money changers out of the temple, and said the temple should be “a house of prayer for the people of all nations”, and not “a hide-out for thieves!”. (Mark 11 15)  So when the temple was destroyed, I think his followers remembered this and said to themselves, “Ah yes, this is what he was trying to tell us.”  After all, they had come to believe that Jesus knew everything ahead of time.  And they had the benefit of hind-sight in describing the horrors of the Roman assault on Jerusalem.

There seem to be parallels between Jesus’ teaching of the Kingdom of God and George Fox’s preaching about the “day of the Lord.”  In his Journal, Fox tells us that in Wensleydale “I proclaimed the day of the Lord to the priest and people, warning them to turn from darkness to the Light, and from the power of Satan unto God, that they might come to know God and Christ aright, and to receive His teaching, who teacheth freely.”  Fox’s language is very different from the language of Jesus, but “the day of the Lord” like the Kingdom of God is “near”, because God is offering his free teaching now.

We have little insight into the mind of Jesus, so we cannot know what started him on his ministry.  But we have some insight into the mind of Fox, who left us his Journal.  His ministry starts with a profound religious experience, after which he never lost the sense of the divine presence, although he had moments of depression especially when in prison.  I think that for those like Fox and Jesus who live as it were “in the Spirit” it seems that almost anything is possible.  Heaven is not a far-off place, but an eternal reality in which they believe all can participate.

It is significant that both George and Jesus saw the good in people.  Fox believed in the “light which enlightens everyone who comes into the world”.  He believed in that of God in everyone.  Jesus, speaking to peasants on a hillside told them “You are light to the world.  You are the salt of the earth.”  Both taught a radical equality.

It is unfortunate that those in power do not respond well to this message.  Jesus was crucified, Fox spent years in prison.  Another of Jesus parables of the Kingdom was the story of the buried treasure. (Matthew 13 44):  “The Kingdom of heaven is like this.  A man happens to find a treasure hidden in the ground.  He covers it up again, and is so happy that he goes and sells everything he has and then goes back and buys that piece of land”.

The trouble with bringing in the Kingdom of God, is that people have to want it more than anything.

Has this teaching any relevance today?  I think it does.  You might want to change the language – “the community of God” sounds better than “the kingdom”.  You might even substitute another word for “God” if that word has been corrupted by teachings designed to terrify you into goodness, rather than to inspire you.  But we live in a world where there is such focus on the individual.  Many churches concentrate on individual salvation.  There is a tendency to look to spirituality to provide good experiences for the individual.  But Jesus calls us to look beyond ourselves to the community which needs to be healed. And he believed there was a power which could strengthen us to do that work.