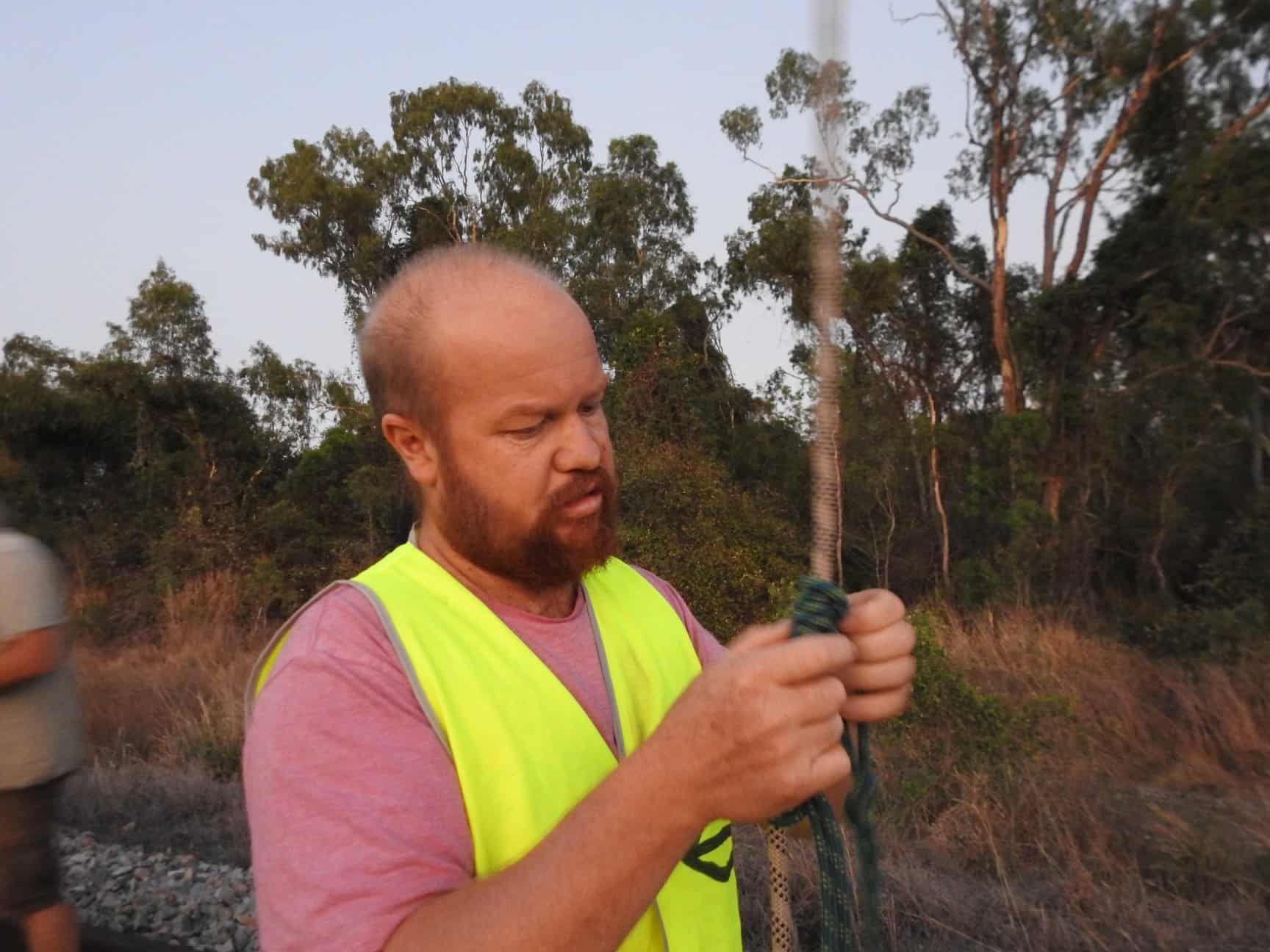 In 2014, I was lucky enough to travel to Chicago and undertake a 4-week intensive training program with Christian Peacemaker Teams. My plan was to travel to Palestine later in the year to do full time work with CPT. I was surprised that more than half of the training was not on how to live in a war zone, or survival tips in dangerous violent situations (though this was touched on). Most of the training was in “undoing oppression”.

When white explorers found lands inhabited by non-Christians, they were given the right to seize the lands, based on the use of the Doctrine of Discovery, a doctrine that was first used during the Crusades when the then-Pope decreed that lands could be taken for Christianity if there was no ruler in those lands who professed Christianity. By this deceit, a statement could be read on the border or shore of the (new-found) land, in the European language and if no local person responded that their ruler was Christian, the land could be taken. They could then convert, enslave, or kill the First Nations People who lived there.

By a chance of luck, Europeans mostly conquered through a mixture of disease (often spreading smallpox and venereal disease deliberately through warfare and rape), steel for guns and swords as well as gunpowder. The “Doctrine of Discovery” also gave these thieves, rapists, and murderers what they believed was the moral right to slaughter people who did not have white skin and comply fully with their wishes.

As the economy of theft and murder spread, so too did the arms industry. They fuelled each other like symbiotic parasites straddling a dying host. In so-called Australia, these weapons were used to slaughter First Nations People of the more than 500 nations that spanned this continent. Some historians claim circumstantial evidence Arthur Phillip and the First Fleet gave smallpox ridden blankets to the Gadigal People of Sydney Harbour. This “Great Dying” spread quickly across the continent through intricate trade networks and killed 1 in 3 of the people living here.

Over 200 years colonial Australia seized the lands, slaughtered people, and destroyed culture, banning language that connected people to country and their familial culture. We enslaved peoples from the Pacific as well, to work our farms and homes. We also supplied troops to other colonial quests.

Of course, the way all of this is stolen now is through violence and threats of violence from history’s largest weapons arsenal. So when the builders of the weapons that enforce this world order met at Kurilpa on the south bank of Maiwar, (south bank Brisbane) at the Land Forces armaments expo and trade fair in early June 2021 some vestige of resistance was expected. People directly affected by the violence broke bread with people scared for our climate future in the West. A small, but disparate group, compared to the presence of Queensland Police and the business people, military people and politicians lining up to gawk at the expo of death inside.

Looking at the huge history of violence, death and destruction faced by people across history, tensions can sometimes be high. Peace protectors swore, peace protectors got in the face of the warmongers’ security guards (police). Personally, this behaviour doesn’t appeal to me. I keep my hair short and refuse to get tattoos because I like to build bridges, to appear somewhat normal and to create space where people might want to dialogue some of the facts and their feelings.

I come from a lower working-class background. Due to PTSD and poor mental health, I have not worked for a wage in over 3 years, subsisting on the dole and money I got from my superannuation fund during COVID. Indeed, in the 5 weeks before the expo, I failed to help organise, crippled with trauma, depression and panic attacks. I barely left my bed to get a minimal bit of exercise to stave off the worst of those isolating depressive cycles. At 39, my own personal future is highly insecure, hovering between the patience of people to give me cheap housing and the looming threat of homelessness. I want and need a strong peaceful community for my own security. It would be in my own personal interest to condemn those who swear at police and those who yell loudly.

But then I look back over that short history of the world I just outlined; people and earth dying for the profits of those in suits and with white skin in the west. I cannot separate myself from those who are hurting so much they lash out in anger. They are my kin. For me simplicity, peace and earthcare is a call not to grow my own wealth and standing in communities like Friends by turning my back on those who yell and scream in fear in pain and anger. I am called to feel their pain. To walk amongst them. To stand next to them. To squeeze a shoulder to know they have a presence with them. To take their feelings on my own shoulders at debriefs, to cry with them – to be them.

On the first day of the Land Forces expo, two First Nations elders walked into the police line. One demanded to be let into the arms expo:

“This is my country; I want to go in there and buy guns too!” he said, waving a fistful of 50 dollar notes around in the air. Uncle Kev Buzzacott, on a walking stick and slightly frail, walked straight into the police line too. At first, they gave way, then pressed around him. Uncle Kev swore at the police not to touch him, swore at the suits and ties going inside. I know this because I stood next to Uncle Kev. When the police pressed in on him, I put my arms and body right in the way. When Uncle Kev sat down, I helped lower him. With a dozen large police bodies around, I sat next to him and whispered “If they arrest you, they arrest me too Uncle” he nonchalantly patted my hand before turning around to swear at police pushing their boots towards his body. And I sat there in silence, slowing my breathing, listening for the small still voice in me. Police gang pressed on top of me and Uncle Kev. Eventually they grabbed the other Elder and arrested him. I had to take a deep breath again as police started giving warnings to me. I selectively ignored them and focused on Uncle Kev. He said “I want to get up.”  Police grabbed at me as I put arms around Uncle Kev’s shoulders. “What are you going to do Greg, are you staying here or walking off?”

“I’m just following Uncle here” I said without looking at the police.

“Na, you gotta make your own mind up!” About four uncertain arms reached out to grab at me. More went for Uncle Kev, I gently lowered my arms to block them. Adrenaline and fear rose in me, for a person with trauma, the same thoughts arose ‘Will they hit me? Will they lock me up again?’ Instead of addressing my well founded fears I whispered to Uncle Kevin “Hey Uncle, if you stay, I’ll stay with you”.

“Let’s go son” he said and we started back through the police line.

I kept my arms around Uncle’s shoulders, not pushing him, not restricting him. Just keen to put myself as much in between him and the police as possible.

I was nerve-wracked and anxious and walked my energy off, crying and howling as the mood hit me.

Some friends felt that Disrupt Land Forces was too violent and aggressive to be around. The sight of two First Nations elders swearing at police and threatening to try and buy guns (to highlight the hypocrisy of the expo) would have been gruelling for some F/friends to bear, I am sure. But given the wealth, of F/friends that can be linked to the theft from First Nations People like Uncle Kev, what is our responsibility? The violence that companies inside have inflicted on their lands and on their bodies – how does that compare to swearing and yelling by hurt people outside?

Any separation from oppressed people places us in line with the silent complicity that allows these atrocities to continue. It risks betraying the testimonies Quakers cherish, simply because it is uncomfortable at best, or pins us with the noisy troublemakers at worst.

Friends need to urgently consider setting up workshops for undoing our own oppressions similar to those run by Christian Peacemaker teams. We need weeklong attendances at workshops for racism, sexism and classism to be held at Silver Wattle and other centres around Australia. As a group, we have access to a lot of money. Paying it as rent is simply not enough. We must hand over our hearts and bodies to the work and that will, I guarantee it, be uncomfortable. But it will also be honest. 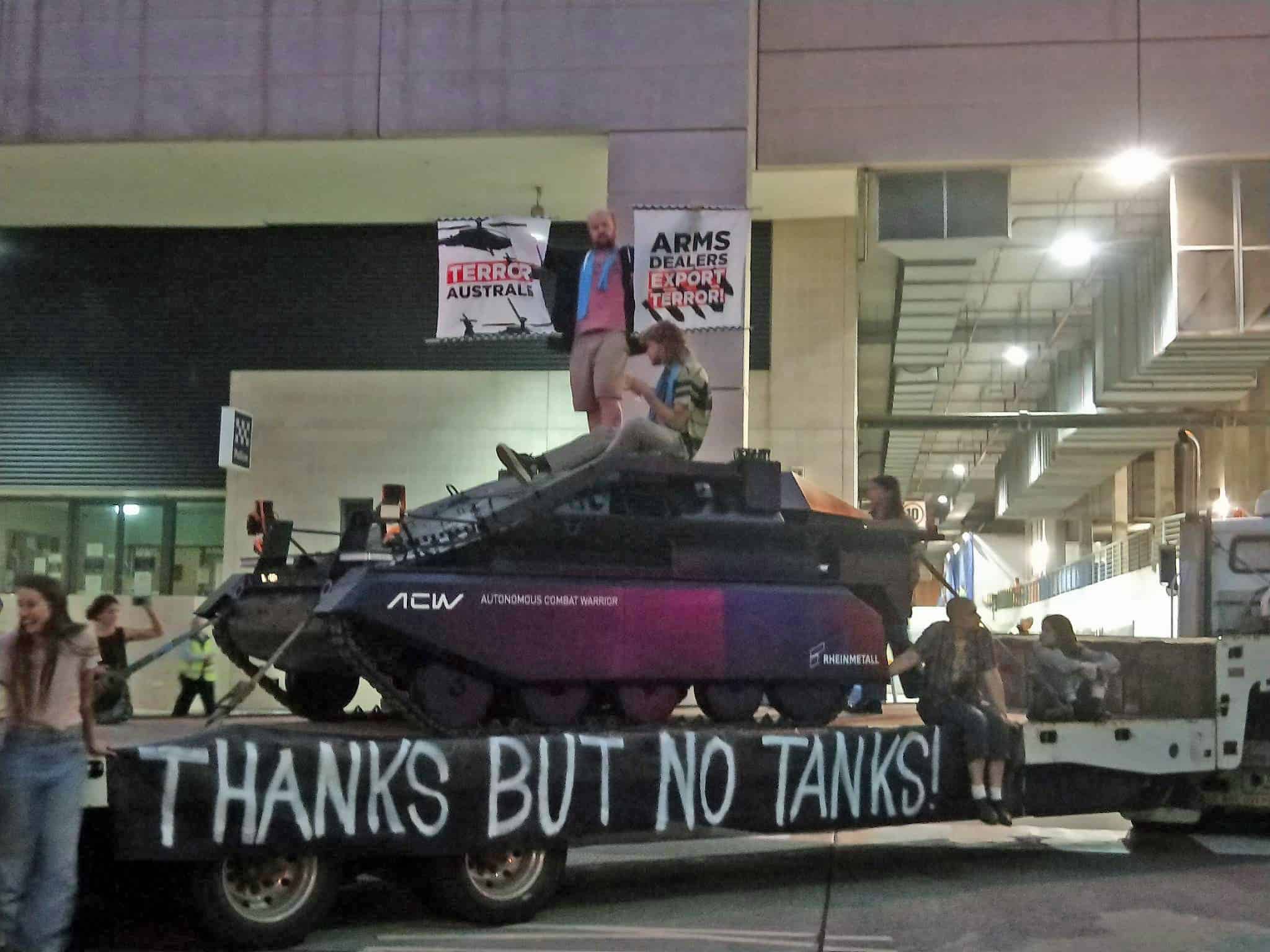 Protesting on a drone

When I reflected on how I came to be a Quaker, I kept going back and back, following the strands of influences in my life, to my earliest memories of childhood. So I think, in order to answer the question, I’ll have to start...