Advices and Queries for Nontheists 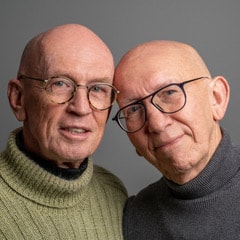 Advices and Queries for Nontheists

In the 378 responses to the 2014 Australian Quaker Survey, when asked “Do you believe in God” 62% of Australian Quakers answered yes, 13% no, and 25% were unsure or unable to answer (1). Of those who answered yes, when asked which terms they used to describe God, only 17% said “a being”; the most common descriptors chosen were “the inward Light” (65%), “Love” (62%), “a life force” (55%), “a spirit” (45%), or “a creative spirit” (40%), and 18% described God as “a human construct”. Thus there is a great diversity of views and understanding of the word “God” among Australian Quakers. In the same survey, 13% of Attenders who had not applied for Membership gave as one of the reasons that their beliefs were not congruent with Quaker beliefs, including that they were atheists (2).

There has been a long tradition of non-theism within the Quaker community (3,4) and in Britain there is an active Non-theist Friends Network which holds regular conferences and posts articles online. This has led to ongoing discussion about the language Quakers use (5). However there have also been critics of the term Nontheist Quakerism who warn that it can be a contradiction in terms (6).

When asked in the 2014 survey “What do you read to nurture your spiritual life?”, the source most frequently nominated by Australian Quakers was our Advices and Queries (77%). In the Introduction to that document, which has evolved over many years from original British sources, it is noted that “Some find traditional Christian language full of meaning; some do not”, however the constant use of the word “God” throughout the text (33 times in the 47 entries) may make it difficult to access for those Friends who espouse a nontheist approach to Quakerism. If the reader does not have a clear understanding of what the word is meant to convey the reader is left to create their own translation and interpretation, which is not a good model for clear communication, and may lead to feelings of exclusion. Other Christian writers have also called for more spiritually inclusive language in their church’s life (7).

In Britain, Young Friends attempted a new take on Advices and Queries. In Living our beliefs young Friends made a book that “tackles similar topics to Quaker Faith and Practice but .. (is) .. shorter, more accessible and more concise” (8). One of the 17 or so chapters is “Advices and queries as compiled by young Quakers” (pp.79-81) created at a junior yearly meeting in 2015. This version reduces 42 Advices and Queries (some 12 pages) to 42 simple statements (2 pages). One example is A&Q 4 which is reduced to just four words “Remember our Christian heritage”, compared with the original – 73 words with five references to Jesus and two to God. These 42 contain one reference to the word “God” compared to some 37 in the original. The one reference to God is in A&Q 17: “Everyone thinks of God differently; don’t be judgemental” (9).

As nontheists, we have found that while we treasure the Australian Advices and Queries for the wisdom they contain, we constantly have to overlook or translate much of its religious language that does not speak clearly to us, and we wonder if many other Australian Friends have the same experience. Consequently, we have attempted to produce two revised versions that try to retain the essence and meaning of the text without the use of language that may be unfamiliar and offputting to some who find many religious terms either confusing and unhelpful or needing clearer definitions to be understood. The first of these versions – Advices and Queries for Nontheist Quakers – keeps as closely as possible to the original wording, and retains much of the religious language although avoiding the term God throughout. The second version – Advices and Queries for Humanist Quakers – is a more significant revision that replaces words such as God, Spirit, Divine, prayer and worship with language that is likely to be more acceptable to and understood by Humanist Friends. These versions are interesting to compare:

Advices and Queries for Nontheist Quakers:

Advices and Queries for Humanist Quakers:

We do not propose these new versions as replacements for the current publication, but they could be alternatives that nontheist Friends would find easier to read and understand and they might be helpful in stimulating reconsideration and discussion of the wording and meaning of our current Advices and Queries by all Australian Friends.