Reflections on YM21 from the YM21 Host Committee 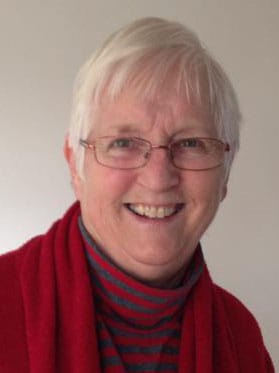 Reflections on YM21 from the YM21 Host Committee

It was a nervous time for the YM21 Host Committee when Victoria Regional Meeting decided in December 2020 that YM21 was going to have to be held on Zoom. How were we going to do that?

In spite of all this anxiety, the outcome was far better than the Host Committee could have hoped for.  Strategic individual assistance came from Friends from other Regional Meetings. Excellent IT skills offered clarity around the time-table, registration and provided individual advice when needed. Victorian Friends being clear about what they were responsible for made all of it come together well. We also learned a great deal from the Canberra Friends, who organised YM20.

The Host Committee consisted of about 36 Friends, which included the Clerking Team, the AYM Secretary and a number of Friends, who had offered to be responsible for particular parts of YM as well as Friends holding us all in the Light.

The Host Committee met monthly, sharing information how each part was being developed, on problems being encountered and solved.

The Clerking Team dealt with the business agenda, Regional Meetings took responsibilities for Meetings for Worship, for Epilogues and for social opportunities and provided Elders and Pastoral Carers. The C/JYF Coordinators and other Friends focussed on a program for children and JYFs and organised parcels to go to each C/JYF beforehand.

An IT Committee was also formed to focus on the Zoom part – collecting a wide range of Zoom accounts to be used during YM21, providing zoom training for Friends, providing hosts for all those different sessions, organising the registration process and answering IT questions and solving IT problems before and during YM21.

Eighteen Share and Tell sessions were offered by Friends during the week. They were scheduled at six different times with three concurrent sessions at each time.

Unlike in 2020, it was decided for YM21 not to have either a system of pre-booking for Share and Tell sessions nor limitations on the numbers registering. This worked well and gave Friends the opportunity to make last minute decisions about the sessions they wanted to attend.

The number of Friends attending ranged from 9-43 per session. Some Friends reported they would have liked to attend more of sessions that were scheduled at the same time. For future online Yearly Meetings the possibility could be considered of offering the Share and Tell sessions over several weeks, not just during the week of Yearly Meeting itself.

Friendly School was organized by 5 VRM Friends, mainly meeting online. The theme was Quakers in the World: how are we led to take action in the world? How do we live out our testimonies in the world? Mark Deasey facilitated the session.

After a reading on the theme, Adrian Glamorgan and Aletia Dundas then went ‘in conversation‘. They asked each other about their motivations for action and activism and shared perspectives on the tension between doing and being. They then answered questions and comments that appeared in the chat.

In breakout rooms, Friends addressed a number of relevant questions and feedback was gathered from these groups. This included discerning and following leadings; waiting for a way to open; supporting others in their concerns; acknowledging that there are many ways of being involved, including administrative, moral, financial and prayerful support of those involved in action.

We discovered that 12 facilitators was not enough, it would have been better to have about 16, so that there could be about 6 in each group.

We very much appreciated the Zoom support for screen-sharing and allocation of people to groups. We thought that the conversation between Aletia and Adrian and most of the breakout groups went very well.